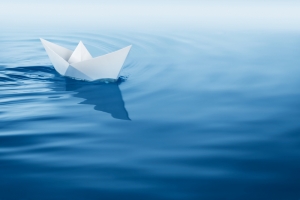 The history of the Young Oncologist Club Bulgaria is a story about people who are looking for collaborators to share and implement the best ideas.

We begin presenting the Club with a story about two friends who met at a crossroad.  They had not seen each other for a long time, so they had a nice talk and, by leaving, gave each other an apple – that was the only thing they had. So everyone went on his way with an apple in his pocket.

On another day, at another crossroad, two other friends met. They had also not seen each other for a long time, so they also had a nice chat and, by leaving, also wanted to give each other something. But they had nothing to share, so one of them shared his big idea, the other one did the same and they parted happily, everyone already with two ideas.

Our history starts with a long distance trip of Prof. Chernozemski and Dr. Ilian Tchakov. They both found out that young physicians in a specific field such as medical oncology do not have a place to gather, share experiences and impressions. One of them offered to share his vast knowledge, experience and contacts and the other one – the financial support.

Young Oncologist” Club was established under the patronage of Club “Oncosviat” (Oncoworld) and “The World” foundation and with the financial support from Hoffman-La Roche Bulgaria.

The first meeting took place at Prof. Chernozemksi’s house in Bistrica, on December 4th, 2004. We chose to form a Club as far as you could freely share ideas and create contacts in a club.

Any doctor from the field of medical oncology, radiation therapy, surgery, obstetrics and gynecology, gastroenterology, and all others fields working with oncology patients, could be admitted to the club. Nowadays, Club “Young oncologist” has more than 40 members. Meetings of the club are accredited by the Bulgarian Doctors’ Union and each participant receives the designated collection points.

In 2014, the Young Oncologist Club celebrates its 10th anniversary. We have organized various events during these years:

• 3 to 4 annual meetings aiming at maintaining constant high level of scientific knowledge among doctors. A series of meetings called A Day in the Dispensary was held from 2008 to 2010, visiting Bulgarian dispensaries with presentations by leading experts and young colleagues. The meeting in the dispensary in Stara Zagora was under the patronage of HE Mr. Stefano Benazo – Ambassador of Republic of Italy in Bulgaria.

• Regular seminars and discussions on interesting topics in oncology, with the support of prominent Bulgarian and foreign specialists. Since 2011, we have been holding one annual meeting with international participation.

• In 2010, we launched the first project for continuous education of the Medical Oncology specialty in the Medical University in Sofia. We started a project for online education of students in this specialty. The course includes lectures by leading Bulgarian experts and the seminars will be conducted by members of the club.

• We provide and distribute prizes for young professionals for a week specializations in leading European cancer centers.

• We develop an interactive website of the Young Oncologist Club with a discussion section, a special place for legal advices by an attorney specializing in health law, news in medical oncology, etc.

We are working with patient organizations on European projects and non-governmental programs. We are in constant communication with health institutions (Ministry of Health, Health Committee of the National Assembly, NHIF, BDU, etc.), as well as with similar young oncologists organizations in the Balkans and in Europe, with ESMO and so on.

The Young Oncologist Club Bulgaria strives to maintain a good creative atmosphere and encourage personal initiative in every aspect.